TO ORDER FROM ANY TAFT’S LOCATION TO-GO CLICK HERE.

Bombs Away! Comedy has provided fresh, high-caliber stand-up comedy in bars and breweries all over Cincinnati and Northern Kentucky. We are proud to have partnered with Taft’s Brewing Company to bring the top national touring comedians and an incredible selection of local talent, to their brewery. Along with ticket purchase, each audience member will receive $2 off of each beer they drink all night. We are proud present, Will Martin ‘s show “Total Loss: a Comedy Show about Death”.

* Your Ticket guarantees you entry to the show, seating is first come first serve
* Check In before ordering beer to receive your discount
* Seating for all shows starts 1 hour before listed show time
* There are no tables in the showroom, if you’d like to eat we recommend arriving early
* All shows are wheelchair accessible
* Follow us on Instagram @BombsAwayComedy for updates on this and future shows

About Will
Will Martin is an LA-based, Boston-bred comedian who charms audiences with childless fun dad energy. The Boston Globe calls Total Loss, his show about death, “a must-see, hilarious and loving one man show.” In 2019 he toured Total Loss across the country, with performances at Boston’s Rockwell Theater, Chicago’s iO Theater, and World Famous Chilikoot Charlie’s in Alaska. He’s performed standup at NYC’s Butterboy and Boston institutions like The Comedy Studio, The Gas, and Nick’s Comedy Stop. Will created the Will Martin Comedy Fest and almost headlined. He records his podcast Passenger Side from the minivan he occasionally lives in. He was a resident cast member at ImprovBoston, performing with the National Touring Company. 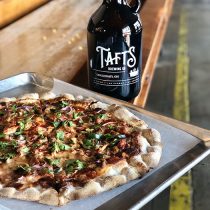 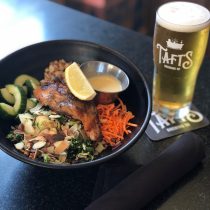 All of our locations are here to help during this hectic time and are now providing contact-free carry-out services.

Click below to get your favorite food, beer, wine, gift cards and beer fills!