Bombs Away! Comedy has provided fresh, high-caliber stand-up comedy in bars and breweries all over Cincinnati and Northern Kentucky. We are proud to have partnered with Taft’s Brewing Company to bring the top national touring comedians and an incredible selection of local talent, to their brewery. Along with ticket purchase, each audience member will receive $2 off of each beer they drink all night. We are proud to host, from Comedy Central and co-host of ‘Your 2 Dads’ Podcast, Julian McCullough

About Julian
Julian McCullough is a nationally touring comedian host and actor. He has appeared on INSIDE AMY SCHUMER and co-starred with Whitney Cummings on the E! series LOVE YOU MEAN IT. Julian is a frequent panelist on Chelsea Lately and contributor to The Soup Investigates. He also has his own COMEDY CENTRAL PRESENTS stand-up special and has appeared on THE TONIGHT SHOW WITH JIMMY FALLON. In addition to his television appearances Julian has been featured at the Just For Laughs Festival and also won the “New York’s Funniest” comedy competition in 2008. 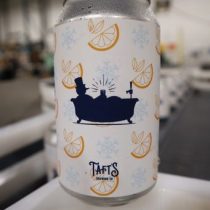 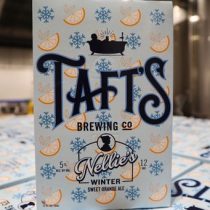 Our winter twist on Taft’s main squeeze, brewed with sweet orange peel and coriander. Fresh and Frosty! Find it in stores and at all Taft’s locations.