Bombs Away! Comedy has provided fresh, high-caliber stand-up comedy in bars and breweries all over Cincinnati and Northern Kentucky. We are proud to have partnered with Taft’s Brewing Company to bring the top national touring comedians and an incredible selection of local talent, to their brewery. Along with ticket purchase, each audience member will receive $2 off of each beer they drink all night. We are proud to present one of the fastest rising stars in Comedy, Mary Santora!

About Mary
Mary Santora has been named the “Best Undiscovered Comedian in Ohio” by Thrillist Magazine in 2018, “Comic of the Week” by The Jackie and Laurie podcast, the “Best Female Comedian” by Cleveland Scene Magazine in 2016, 2017 and 2019, competed in the 2018 “Best of the Midwest” competition at LaughFest in Grand Rapids, MI, and is quickly making a name for herself as one of the best up and coming comics in the country. She has a straightforward, quick witted style, and has performed alongside Dave Attell, Tom Papa, Jen Kirkman, and Kyle Kinane, to name a few. Mary is a fresh breath of femininity in the otherwise male-dominated world of stand up. 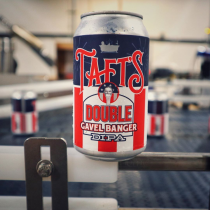 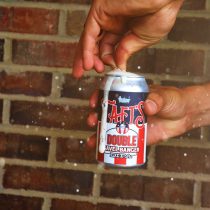 Our flagship IPA made bigger for the biggest president. American DIPA filled with All-American hops, notes of citrus and tropical fruit, and patriotism.