Bombs Away! Comedy has provided fresh, high-caliber stand-up comedy in bars and breweries all over Cincinnati and Northern Kentucky. We are proud to have partnered with Taft’s Brewing Company to bring the top national touring comedians and an incredible selection of local talent, to their brewery. Along with ticket purchase, each audience member will receive $2 off of each beer they drink all night. We are excited to present the ‘We Got It Covered – A Comedy Tour’ featuring Robert Jenkins, Pat Sievert, and Dan Currie!

A Detroit native, Rob has performed at many festivals including the Oddball Comedy & Curiosity Festival, Bridgetown Comedy Festival, and Laughfest where he was a participant in the Best of the Midwest Comedy Competition. Rob has appeared on the Fox Stand-Up Comedy Show “Laughs” and appeared in Dave Landau’s Detroit-based comedy “The King.” Rob has opened for Kathleen Madigan, Hannibal Buress, Kyle Kinane, and many others. In 2019, Rob released his second comedy album “Attempted Salvation” – it’s available on iTunes, Amazon, Google Play, and many other places.

About Pat
Pat Sievert is a comedian, podcaster and all around whimsical rustler from Lansing, Michigan. He has performed in comedy clubs and other venues throughout Michigan and the Midwest. Pat’s unique humor is unexpected yet relatable, and will make you laugh and think.

About Dan
Born and raised in Lansing, Michigan, Dan started stand-up when he was 16-years-old. He’s now older and still “standing”. Dan has performed at Gilda’s Laughfest, the Oddball Comedy Festival plus many other venues around the country. 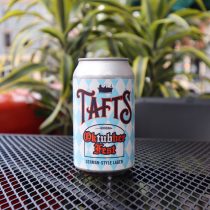 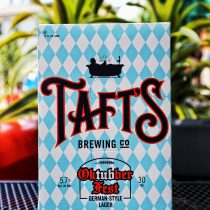 There is love in this Tub! Our Festbier shines a deep golden orange with German malts and hops in all the right places.